Chemistry and biology students at Atlanta Schools North Atlanta High School put their lab skills into action for a Court TV film crew on April 11. As part of the “Forensics in the Classroom,” program, students learned how to collect and analyze evidence of a crime scene.

They weren’t flying blind. Instead, they had help from a range of criminal investigation experts, beginning with the head of their own science department, Dr. Cadence Spearman. In addition to Dr. Spearman, students interacted with Court TV host Rachelle Savoia, Police Lt. H. Cotton – Tukes, forensic investigators from the Fulton County Police Department, and a criminal science instructor from Bauder College.

The staged crime took place in the school’s cafeteria and involved acts of vandalism and a cut gas line. Students worked through the crime scene, learning the proper procedures for collecting evidence. The evidence that they collected, including hair fibers, stomach contents, and blood makeup, was then analyzed in the school lab.

Students at North Atlanta High School participated in Unit Four of the “Forensics in the Classroom” Curriculum. Called “The Cafeteria Caper,” the crime they investigated involved a trashed high school cafeteria that might be linked to an underground club. The lab techniques required for the investigation included an enzyme test and the analysis of hair, blood, and DNA – all within their own school laboratory.

To begin the exercise, students were given handouts that explained the background information of the crime that they would be investigating. They are also given several handouts explaining the nature of forensic investigation and how forensic techniques are used to solve crimes.

Students examine a range of evidence. Some of it comes from the crime scene itself, but students also have access to a mock website that details the practices of the underground club they are investigating. The website provides them with additional information for the physical evidence that they collected, helping them to match the evidence with suspects from the website.

The “Forensics in the Classroom” Curriculum provided detailed lab guides for conducting the necessary experiments. After they had reached their conclusions, they were instructed how to fill out Crime Lab Reports documenting their evidence. 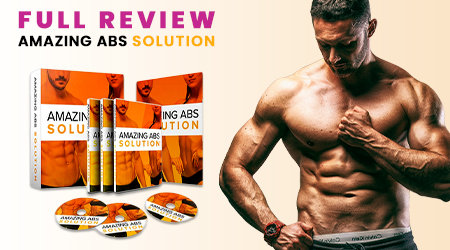 The “Cafeteria Caper” addressed five of the national forensics curriculum standards. These included:

The “Forensics in the Classroom” Curriculum consists of five units designed along the same lines as the “Cafeteria Caper.” With names such as “It’s Magic”, “The Celebration”, “The Car That Swims”, and “Renter’s Beware”, each unit promises a unique story line and a different set of laboratory techniques to be used. All five units are available for free from Court TV at www.courttv.com.