PREFACE TO THIS EDITION

This preface, though placed at the beginning, as a preface must be, should be read at the end of the book.

I have received a large amount of correspondence concerning this small work, and many reviews of it—some of them nearly as long as the book itself— have been printed. But scarcely any of the comment has been adverse. Some people have objected to a frivolity of tone; but as the tone is not, in my opinion, at all frivolous, this objection did not impress me; and had no weightier reproach been put forward I might almost have been persuaded that the volume was flawless! A more serious stricture has, however, been offered—not in the press, but by sundry obviously sincere correspondents—and I must deal with it. A reference to page 43 will show that I anticipated and feared this disapprobation. The sentence against which protests have been made is as follows:—”In the majority of instances he [the typical man] does not precisely feel a passion for his business; at best he does not dislike it. He begins his business functions with some reluctance, as late as he can, and he ends them with joy, as early as he can. And his engines, while he is engaged in his business, are seldom at their full ‘h.p.'”

I am assured, in accents of unmistakable sincerity, that there are many business men—not merely those in high positions or with fine prospects, but modest subordinates with no hope of ever being much better off—who do enjoy
their business functions, who do not shirk them, who do not arrive at the office as late as possible and depart as early as possible, who, in a word, put the whole of their force into their day’s work and are genuinely fatigued at the end thereof.

I am ready to believe it. I do believe it. I know it. I always knew it. Both in London and in the provinces it has been my lot to spend long years in subordinate situations of business; and the fact did not escape me that a certain proportion of my peers showed what amounted to an honest passion for their duties, and that while engaged in those duties they were really living to the fullest extent of which they were capable. But I remain convinced that these fortunate and happy individuals (happier perhaps than they guessed) did not and do not constitute a majority, or anything like a majority. I remain convinced that the majority of decent average conscientious men of business (men with aspirations and ideals) do not as a rule go home of a night genuinely tired. I remain convinced that they put not as much but as little of themselves as they conscientiously can into the earning of a livelihood, and that their vocation bores rather than interests them.

Nevertheless, I admit that the minority is of sufficient importance to merit attention, and that I ought not to have ignored it so completely as I did do. The whole difficulty of the hard-working minority was put in a single colloquial sentence by one of my correspondents. He wrote: “I am just as keen as anyone on doing something to ‘exceed my program me,’ but allow me to tell you that when I get home at six thirty p.m. I am not anything like so fresh as you seem to imagine.”

Now I must point out that the case of the minority, who throw themselves with passion and gusto into their daily business task, is infinitely less deplorable than the case of the majority, who go half-heartedly and feebly through their
official day. The former are less in need of advice “how to live.” At any rate during their official day of, say, eight hours they are really alive; their engines are giving the full indicated “h.p.” The other eight working hours of their day
may be badly organized, or even frittered away; but it is less disastrous to waste eight hours a day than sixteen hours a day; it is better to have lived a bit than never to have lived at all. The real tragedy is the tragedy of the man who is
braced to effort neither in the office nor out of it, and to this man this book is primarily addressed. “But,” says the other and more fortunate man, “although my ordinary program me is bigger than his, I want to exceed my program me too! I am living a bit; I want to live more. But I really can’t do another day’s work on the top of my official day.”

Well, you of the minority, let us assume that the intensity of your daily money-getting will not allow you to carry out quite all the suggestions in the following pages. Some of the suggestions may yet stand. I admit that you may not be able to use the time spent on the journey home at night; but the suggestion for the journey to the office in the morning is as practicable for you as for anybody. And that weekly interval of forty hours, from Saturday to Monday, is
yours just as much as the other man’s, though a slight accumulation of fatigue may prevent you from employing the whole of your “h.p.” upon it. There remains, then, the important portion of the three or more evenings a week. You
tell me flatly that you are too tired to do anything outside your program me at night. In reply to which I tell you flatly that if your ordinary day’s work is thus exhausting, then the balance of your life is wrong and must be adjusted. A man’s powers ought not to be monopolized by his ordinary day’s work. What, then, is to be done? 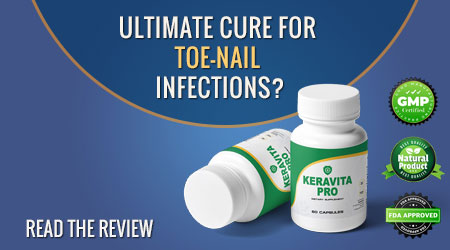 The obvious thing to do is to circumvent your ardors for your ordinary day’s work by a ruse. Employ your engines in something beyond the program me before, and not after, you employ them on the program me itself. Briefly, get up
earlier in the morning. You say you cannot. You say it is impossible for you to go earlier to bed of a night—to do so would upset the entire household. I do not think it is quite impossible to go to bed earlier at night. I think that if you persist in rising earlier, and the consequence is insufficiency of sleep, you will soon find a way of going to bed earlier. But my impression is that the consequences of rising earlier will not be an insufficiency of sleep. My impression, growing stronger every year, is that sleep is partly a matter of habit—and of slackness. I am convinced that most people sleep as long as they do because they are at a loss for any other diversion. How much sleep do you think is daily obtained by the powerful healthy man who daily rattles up your street in charge of Carter Patterson’s van? I have consulted a doctor on this point. He is a doctor who for twenty-four years has had a large general practice in a large flourishing suburb of London, inhabited by exactly such people as you and me. He is a curt man, and his answer was curt:

“Most people sleep themselves stupid.”

He went on to give his opinion that nine men out of ten would have better health and more fun out of life if they spent less time in bed.

Other doctors have confirmed this judgment, which, of course, does not apply to growing youths.

Rise an hour, an hour and a half, or even two hours earlier; and—if you must —retire earlier when you can. In the matter of exceeding programmers, you will accomplish as much in one morning hour as in two evening hours. “But,” you say, “I couldn’t begin without some food, and servants.” Surely, my dear sir, in an age when an excellent spirit-lamp (including a saucepan) can be bought for less than a shilling, you are not going to allow your highest welfare to depend upon the precarious immediate co-operation of a fellow creature! Instruct the fellow creature, whoever she may be, at night. Tell her to put a tray in a suitable position over night. On that tray two biscuits, a cup and saucer, a box of matches and a spirit-lamp; on the lamp, the saucepan; on the saucepan, the lid—but turned the wrong way up; on the reversed lid, the small teapot, containing a minute quantity of tea leaves. You will then have to strike a match—that is all. In three minutes the water boils, and you pour it into the teapot (which is already warm). In three more minutes the tea is infused. You can begin your day while drinking it. These details may seem trivial to the foolish, but to the thoughtful they will not seem trivial. The proper, wise balancing of one’s whole life may depend upon the feasibility of a cup of tea at an unusual hour.
A. B.