A Manual for the Outline Study of the Bible by Books

In sending forth this second edition of The Bible Book by Book it has seemed wise to make some changes in it. The descriptive matter has been put in paragraph instead of tabular form; the analyses have been made shorter and less complex; the lessons based on the Old Testament books have been omitted or incorporated in the topics of study which have been increased, It is believed that the make-up of the book is better and more attractive.

The author feels a deep gratitude that the first edition has been so soon sold. He indulges the hope that it has been found helpful and sends out this edition with a prayer that it may prove more valuable than did the former. – J.B. Tidwell

The aim of this book is to furnish students of the Bible with an outline which will enable them to gain a certain familiarity with its contents. While it is intended especially for students in academies, preparatory schools and colleges,
the needs of classes conducted by Women’s Societies, Young People’s Organizations, Sunday School Normal Classes, Y. M. C. A. and Y. W. C. A. and advanced classes of the Sunday Schools have been constantly in mind. Its publication has been encouraged not only by the hope of supplying the needs mentioned but by expressions that have followed public lectures upon certain books, indicating a desire on the part of Christians in general for a book that would, in a brief compass, give them some insight into the purpose, occasion and general setting of each of the books of the Bible.

The work has been done with a conviction that the students of American schools should become as well acquainted with the sources of our religion as they are required to do with the religions of ancient heathen nations, and all the
more so, since the most of our people regard it as the true and only religion, and still more so, since “it is made the basis of our civilization and is implied and involved in our whole national life.” It is believed by the Author that a knowledge of the simple facts of the history, geography and chronology of the Bible is essential to a liberal education and that to be familiar with the prophecies, poetry, and ethics of the scripture is as essential to the educated man of today as was a “knowledge of Greek history in the time of Pericles or of English history in the reign of Henry the VIII.” And, in order that such knowledge may be gained, effort has been made to put into the book only a minimum of matter calculated to take the student away from the Bible itself to a discussion about it and to put into it a maximum of such matter as will require him to study the scripture at first hand. 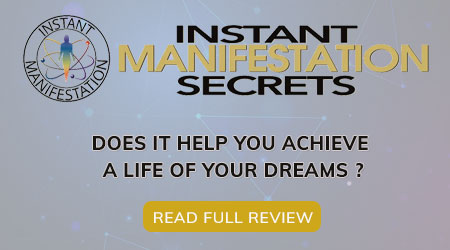 Having intended, first of all to meet the needs of those whose advantages for scripture study have been limited, the information has been put in tabular form, giving only such facts as have been carefully gathered from reliable sources,
with but little attempt to show how the conclusions were reached. It is expected that the facts given may be mastered and that an interest may be created which will lead to further study upon the subjects treated. And to this end some of the studies have been made sufficiently complicated for college work and instruction for such work given in suggestions for teachers, leaders and classes. Besides the studies of the books there have been introduced some matters of general interest which have been found helpful as drills for academy pupils, and which will be found interesting and helpful to all classes of students.

The general plan is the outgrowth of the experience of a few years of teaching, but the material presented lays little claim to originality. It has been gathered from many sources and may in some cases seem almost like plagiarism,
but due acknowledgment is here made for all suggestions coming from any source whatsoever, including Dr. George W. Baines, who read all the material except that on the New Testament.

Let it be said also, that in preparing these studies the Author has proceeded upon the basis of a belief in the Bible as the Word of God, a true source of comfort for every condition of heart and a safe guide to all faith and conduct whether of individuals or of nations. It is hoped therefore that those who may study the topics presented will approach the scripture with an open heart, that it may have full power to make them feel the need of God, that they may make its provisions real in their experience and that it may bring to them new and changed lives.

If the pastors shall deem it valuable as a book of reference for themselves and to their members who are desirous of pursuing Bible study, or if it shall be found serviceable to any or all of those mentioned in paragraph one of this Preface, the Author will be amply rewarded for the effort made.